Worms make the best known fertilizer on earth. That’s a fact. Humans can’t make anything to beat out what Mother Nature offers in the fertilizer market, so we don’t even try. We’re farmers – worm farmers – and when we harvest our crop, we allow traditional farmers to harvest more of their crops without having to add genetically engineered whatever.

We’ve already told you how to make worm tea using the sun brewed method. Now, let’s step the game up a notch. Aerated worm tea yields slightly better results than normally brewed worm tea, and here’s how you make it.

Making aerated worm tea is fairly easy, and you’ll need only a few supplies for this process.

* if you’re using tap water, let the bucket sit out for a minimum of 2 days to let the chlorine evaporate (rain water or filtered water is preferred)

** paint strainers, pantyhose, cotton clothes, and those little false-socks for sandaled customers in stores who want to try on shoes work well for straining your aerated worm tea

Feel free to add supplements to the mix if you have a specific nutrient you’d like added to your plants’ diets. Kelp, alfalfa pellets (rabbit food), and fish fertilizer make great additions. However, fish fertilizer is a touch on the putrid side, so it’s best if you have an outdoor area where you can let your worm tea steep.

Same as our standard vermicast tea recipe for plant nutrition, making your own aerated worm tea is simple, as long as seven steps aren’t too many. 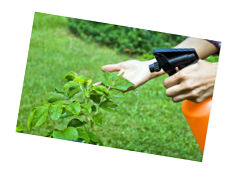 1)    Dump your worm castings into your 5-gallon bucket
2)    Slowly add the water to avoid splashing
3)    Add your molasses (or other sugar source)
4)    Insert your aerator all the way to the bucket’s bottom
5)    Let the tea brew for about three days, stirring occasionally
6)    Strain
7)    Apply to plants IMMEDIATELY

If you’re going to try foliar feedings – a method of feeding plants through the leaves, rather than stems and roots – you can add some vegetable oil to the pot. The oil will make your solution stick to the leaves better, allowing the nutrients to be absorbed more readily than through its roots or stem.

It’s best to apply foliar feedings when the sun is low. The plant’s pores close to prevent a loss of moisture during the noon hours when the sun is really beating down. Leaves can’t absorb the nutrients if their pores are closed.

How to tell when your Aerated Worm Tea is Done Brewing:

1)    Your worm tea is giving off a sweet, earthy scent
2)    There’s a frothy layer on top of your worm tea mix
3)    You’ve got it down to a science, everything is timed and automated, and the timer is going off letting you know a new batch is finished

If your worm tea starts to smell like garbage, it’s probably because the sugar source (your molasses) woke and fed harmful microorganisms as well as beneficial ones. Garbage smells from your worm tea mean you should toss your current batch and start over, or reap what’s sown. The tea will become frothy when it’s ready because you’ve succeeded in your mission; you’ve rustled the sleeping giant of collective microorganisms. It’s a sign of aerobic activity in your tea, which means the organisms living in your worm poop are now thriving in your freshly aerated worm tea.

Your vegetable yield will increase. Your trees will be healthier. Your flowers will be bug-free. And you’ll have the most impressive crop of bubble hash for miles around. There are tons of benefits to using vermicompost tea. Order some of our sh*t, and find out what worm tea can do for your garden.

After all that hard work, it’s time for you to sit down and enjoy a nice, aerated beverage. But wait. That’s the wrong cup—

Make your plants as happy as they make you.