You hear about organic this and organic that just about everywhere. From organic coffee to start your day to organic cotton bed sheets when you lie down to sleep, it seems like everywhere you turn there’s an organic alternative.

For anyone into gardening, the whole idea of an organic fertilizer is pretty darned appealing. No freaky artificial hormones, no pesticides, no corrosive chemicals. Not only are worm castings a 100% natural, environmentally friendly alternative to chemical fertilizers, they are regarded by many (ourselves included) as nature’s perfect fertilizer.

Despite our rather obvious bias, let’s look at why you might consider a bag of worm castings over one of those bags of chemical fertilizers you see in the garden department…

1)    “1-0-0. What kind of a NPK ratio is that?” The biggest knock you’ll hear against worm castings fertilizer is that they only have a 1-0-0 Nitrogen/Phosphorus/Potassium ratio (NPK). However, unlike chemical fertilizers, the nutrients in worm castings are released slowly over time, and time-released nutrients don’t count in the NPK rating. Also, a slow release of nitrogen, phosphorus, and potassium won’t brown your plants the way an overzealous application of commercial fertilizer will.

2)    There’s more to worm castings than poop… About half the content of worm castings is comprised of microorganisms. These microscopic critters improve plant health by producing phytohormones, which break down organic material and make the nutrients available to the plant. Worm castings also contain auxins and cytokinins, plant growth hormones which stimulate the growth of roots and branches. What’s more, worm castings contain trace elements, which help plants fight off fungal and bacterial diseases.

3)    Time-released nutrition for plants. One of the digs against worm castings is that the nutrients aren’t immediately available to plants, as they are with some chemical concoctions. True. With worm castings, nutrients are released gradually, providing nourishment for approximately 2 months. However, you cannot harm a plant with an overdose of worm castings, while it is quite easy to kill plants by accidentally giving them too much fertilizer.

If you are looking for the absolute fastest way to get nutrients to a plant, worm poop tea is the way to go. It’s easy to make and can be used as a 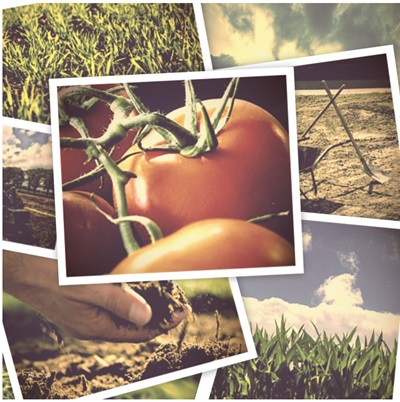 sprayed-on or poured-on fertilizer to deliver immediate nourishment to your plants.

4)    No stinky smells, hooray! Unlike chemical fertilizers, as well as many types of manure, worm castings do not have any offensive odor. At worst, the smell has been compared to the smell of wet earth in a forest. Which to us sounds more like a room freshener than a bad odor.

5)    Pet-safe and people-safe? Check! If you have small children or pets, you’ll appreciate not having to worry about them breaking out in tumors because they got into your recently applied fertilizer. Heck, they could roll around in worm castings and not have any adverse reactions. Not that we’d endorse that.

6)    Worm castings attract earthworms. Chemical fertilizers kill them. For reasons known only to worms, they are attracted to soil which has been fertilized with worm castings. This is a good thing. Worms aerate the soil and continue to fertilize it as they feed on organic matter in the soil.

In contrast, chemical fertilizers kill off worms. Without worms to aerate the soil, the soil becomes more compacted. This process is hastened by the sulfuric and hydrochloric acids in chemical fertilizers, which dissolve the “soil crumbs” holding particles of rock together. When the surface of the soil becomes compacted, rainwater can’t penetrate the soil and reach the roots of the plant.

7)    Better tasting, more nutritious foods and better yields. Pretty much everyone agrees organically grown vegetables and fruits taste better than those grown with chemical fertilizers and pesticides. Organically grown produce also offers superior nutritional content. But the real clincher: Worm castings have been shown to increase vegetable yields by as much as 25%.

8)    Let’s talk environmental impact. Worm castings have no negative impact on the environment. Chemical fertilizers, whoah, where do we even start? Besides killing off earthworms, causing soil compaction, and potentially poisoning pets and people who come into contact with it, chemical fertilizers leach into the ground water and damage the subsoil by interacting with clay to form an impenetrable layer called “hardpan.”

9)    Not really all that expensive. Pound for pound, worm castings cost about the same or less than most conventional chemical fertilizers. Obviously, there are exceptions. We haven’t priced every fertilizer available, but at $15 for a 20-lb. bag (plus shipping) for worm castings from Dirt Dynasty you’re getting a great deal on what has to be the most lovingly made poop on the planet.

10)    Easy to buy. It doesn’t get much easier than ordering online from Dirt Dynasty. We ship everything from 1-pound trial bags to ton-loads all over the state and even across the country.

Learn more about worm castings and the good people at Dirt Dynasty, and feel free to order a bag of our organic worm castings!