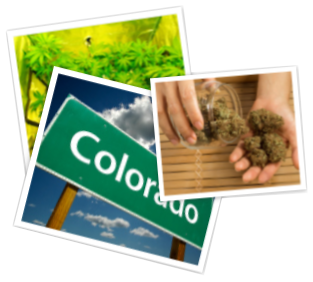 Since late in 2012, marijuana has been legal for recreational use and retail sale in the state of Colorado. Denver, CO took advantage of this as soon as they could. After a short interim period, Boulder County was introduced to its first retail marijuana shop, Karing Kind, about a mile north of the city of Boulder.

The introduction of this first shop means the market is officially open for business means tons customers will most definitely be making purchases means the market may need to increase the quality of its product to compete with other dispensaries in the area—not to mention and illegal operations still serving customers throughout the area.

One way to increase the quality and volume of your product is by using worm castings from Dirt Dynasty.

Is your crop yield hurting? Stop crying, and throw some dirt on it. Our dirt—worm castings—is like an organic, time-release medicine for your marijuana crop. Plants, like any other life form, need certain amounts of certain nutrients to reach their maximum potential. Marijuana is a plant.

Those are the three nutrients most important for plants to be able to grow without inhibition. Worm castings are high in these nutrients, and they don’t flood your plants with them only to leave them nutrient-devoid after the next time you water the plants. Time-release nutrients are important to plant health because the plants consume nutrients when given them. They don’t hold these things in reserve for when there’s a bad day. Worm castings from Dirt Dynasty have an NPK rating of 1-0-0, because they don’t force-feed the plants, but rather help them grow at the rate they were meant to grow.

Weather or Not to Buy Worm Castings

The weather in Boulder, Colorado, at its hottest, is an average of 87°F. That’s during the day. At night, the temperature drops to around 40°F. This isn’t the best daily temperature variation for a growing marijuana seedling. Chances are likely you’ll have to plant indoors, where there are no worms to fertilize your soil. That’s why you should buy worm castings from Dirt Dynasty—because your plants’ nutrients will be stabilized at the right levels, and your crop will yield its maximum harvest.

*We're sure they're lovely questions (but they are about sh*t...literally!).

Back
To Ensure This Site Is Working Properly, Please Enable JAVASCRIPT In Your Browser